What Are Vinegar Eels?

Vinegar Eels (Turbatrix aceti) are free-living nematodes that feed on the microbial organisms. They are found in unfiltered vinegar. Vinegar eels are used by fishkeepers to feed very small fish fry. These guys are very small and are best seen by shining a light through a clear container. 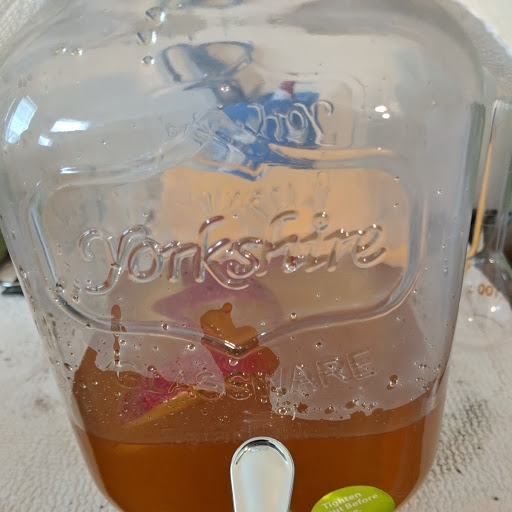 Why Should I Use Vinegar Eels?

Vinegar Eels are relatively maintenance free. Just make sure there are a couple of apple slices in the culture and you’re good to go! Out of all the different cultures that I have owned, Vinegar Eels are by far the easiest to maintain.

How Do I Culture Vinegar Eels?

Culturing Vinegar Eels is relatively easy. However, you are going to need to have some supplies on hand to make the process seamless. After everything is set-up these cultures will last a lifetime and require little maintenance to boot!

The first item you’re going to want to have is two different types of containers. The first type of container is going to be used as your main home for your vinegar eels. This container doesn’t have to be anything fancy. I would suggest using something like an old glass jar, plastic bottle or other items that you can reuse.

The second type of container you are going to want to have is a container that has a long skinny neck. I personally use a 100ml volumetric flask. But, other items you have lying around the house are fine as well! This container is going to be used as your harvest container. I’ll explain that more in the “How Do I Harvest Vinegar Eels section”.

Alright, with the two containers out of the way, you’re going to want to have apple cider vinegar on hand. The vinegar along with water (tap water is fine) is the media in which your Vinegar Eels are going to live in. The ratio of water to apple cider vinegar is 1:1 or 50/50. This along with a couple of slices of an apple in your main container are all that is needed to feed them.

The last couple of items you want are a pipette and some type of aquarium pet floss and a funnel. These three items are going to be used in the harvesting process. 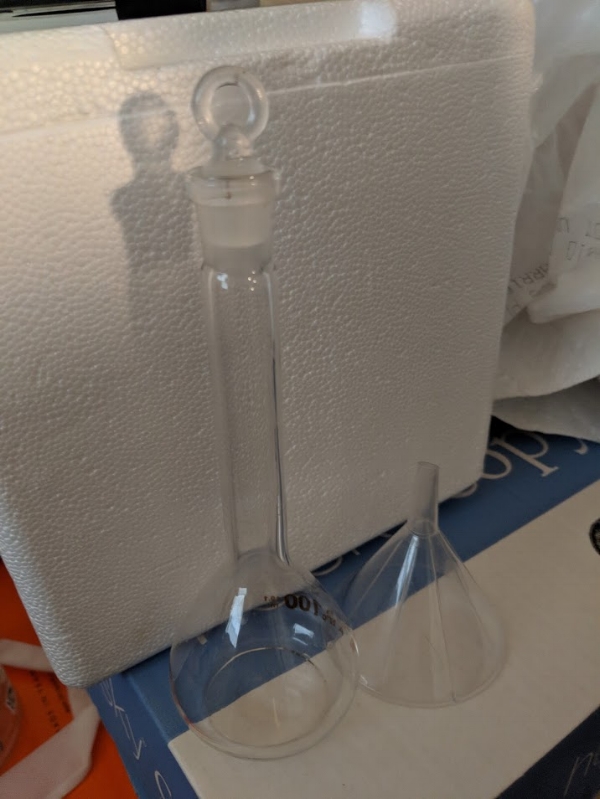 How Do I Harvest Vinegar Eels?

After the filtering floss is placed, simply pour in freshwater. The filter acts as a barrier keeping the vinegar from moving to the freshwater on top of the floss.

After a couple of hours, the eels are going to want to reach the surface to breathe. At this point, you can use a pipette and suck up the freshwater and eels. This then, in turn, can be used to feed your fish fry. A pretty simple process. When you are done harvesting remove the wad and return the rest of the vinegar solution to your main container.

How Do Vinegar Eels Reproduce?

The nematode's reproductive system is sexual. Female vinegar eels have ovaries and produce eggs. A fertilized egg hatches in the uterus before leaving the womb. Vinegar eels give birth to as many as 45 babies every 8-10 days.

When Should I Start A New Culture?

You can start a new culture whenever you feel like it’s necessary to. Simply, get another bottle of one part apple to vinegar to one part water. Add in pieces of apple and then some of your old culture to the new bottle. It’s that simple. Make sure there is a way for them to get some air as well.

Where Can I Get Vinegar Eels?

Vinegar Eels can be found at your local fish clubs, other fish hobbyists, Mom and Pop Fish stores or over on => Amazon and other internet sites.